Llamas, alpacas, vicunas and guanacos. The importance of Andean animals to Peru

Machu Picchu is one of the main postcards of the world, but when we speak of the Andean regions, it is practically impossible not to see a llama.

Andean animals have a total influence on the customs, fashion, economy and daily life of the Peruvian people.

But what is the difference between llamas, alpacas and vicuñas?

Let’s talk about this in this post and show why we love llamas, without even knowing them!

The importance of llamas for the life of the Peruvian people 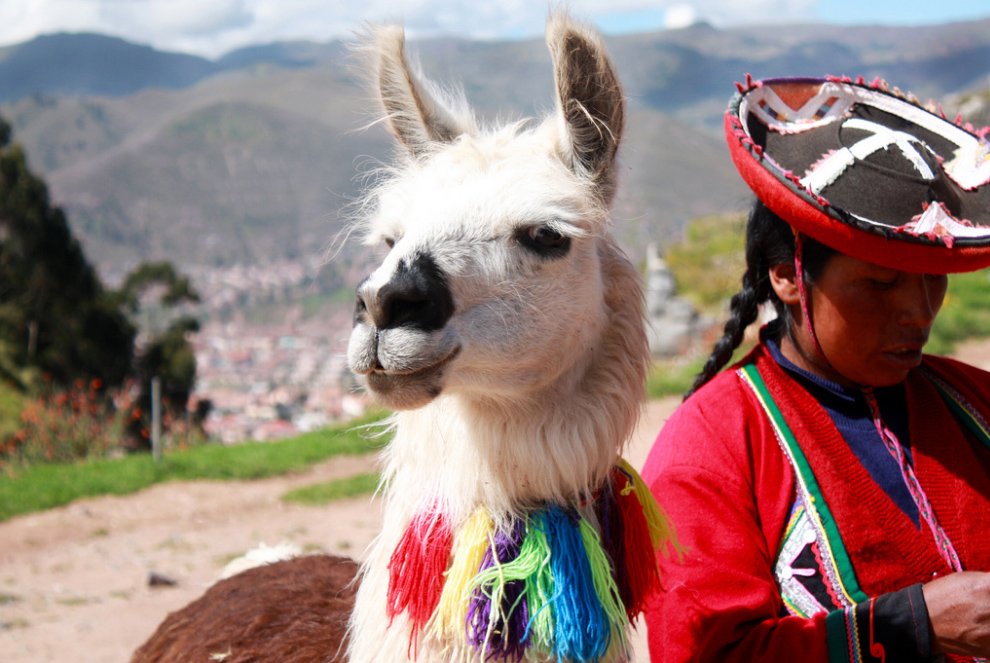 Llamas are Andean animals, of the camel family, fundamental to the peoples of the Andes.

They were domesticated by the Incas , in order to be used for cargo transport, to extract wool and leather.

With the passage of the years and with the permanence of the Inca tradition in many questions, the domestication of this animal still exists and contributes a lot for the Peruvian people.

Used in the transport and the extraction of wool, for the production of clothes and blankets, sold in local commerce, the llama plays a fundamental role for this economic turn in the region.

What is the difference between llama, alpaca, vicuña andguanaco?

Although they are all from the same family as the camel, there are some differences between them.

Alpaca: greater than the vicuna and the guanaco, the alpaca has a long, soft coat.

Easily domesticable and this happens frequently in the regions where different types of wool are sold. 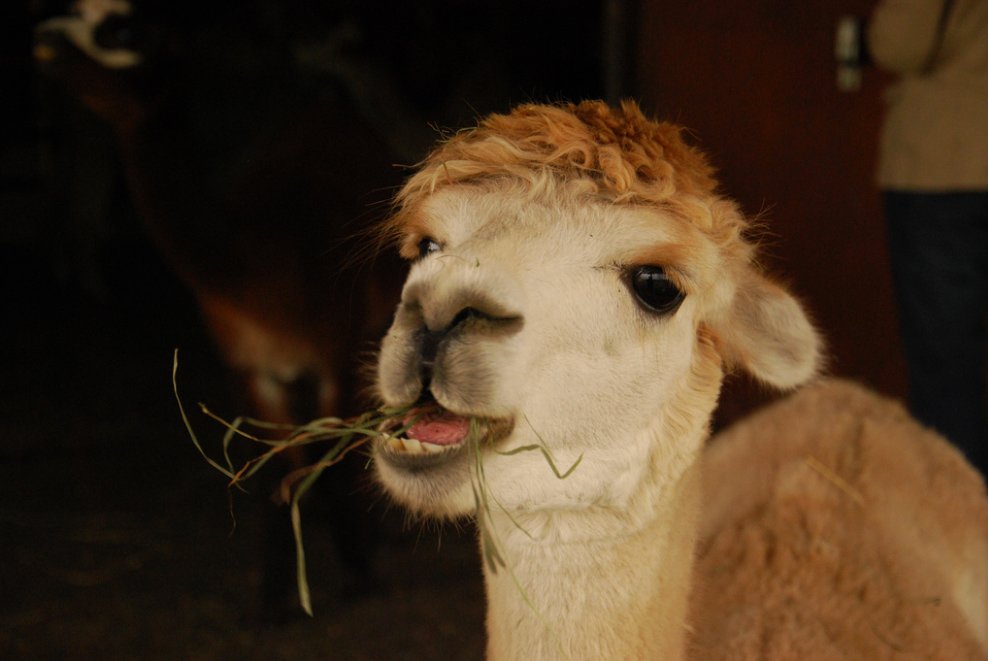 Vicunha: Less than llama, the vicuña possessed i very thin and high-value coat.

It is considered the wool d the best quality that exists, so it was on the verge of extinction.

Because it is wilder than the llama, it is difficult to be tamed. 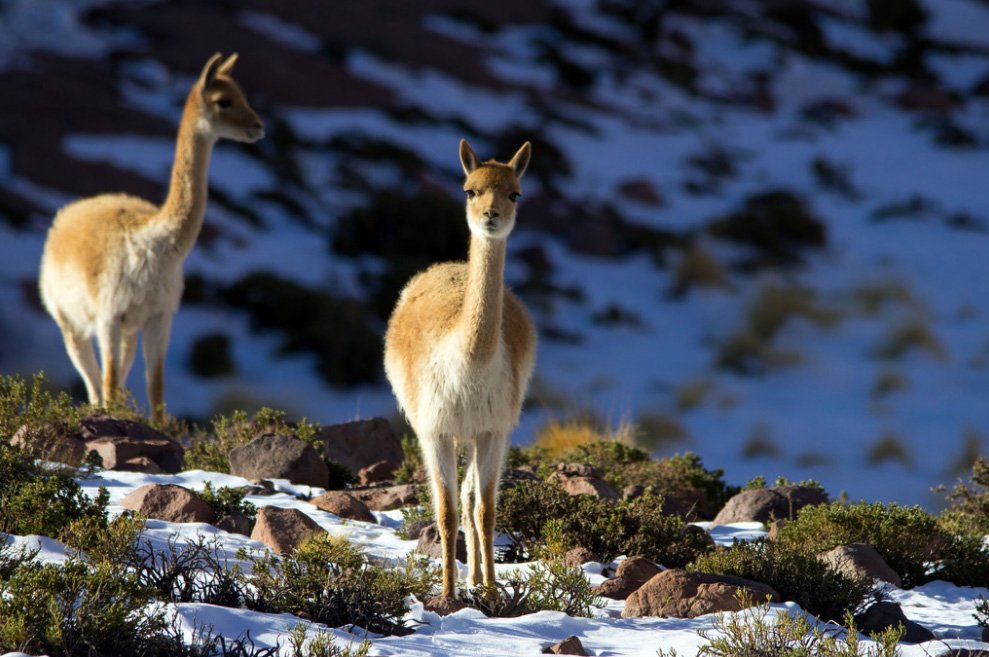 Guanaco: It has a coat shorter than the llamas and the vicuña and lives at 4 thousand meters of altitude.

They can stay up to 4 days without drinking water and it is also considered wild, difficult to domesticate. 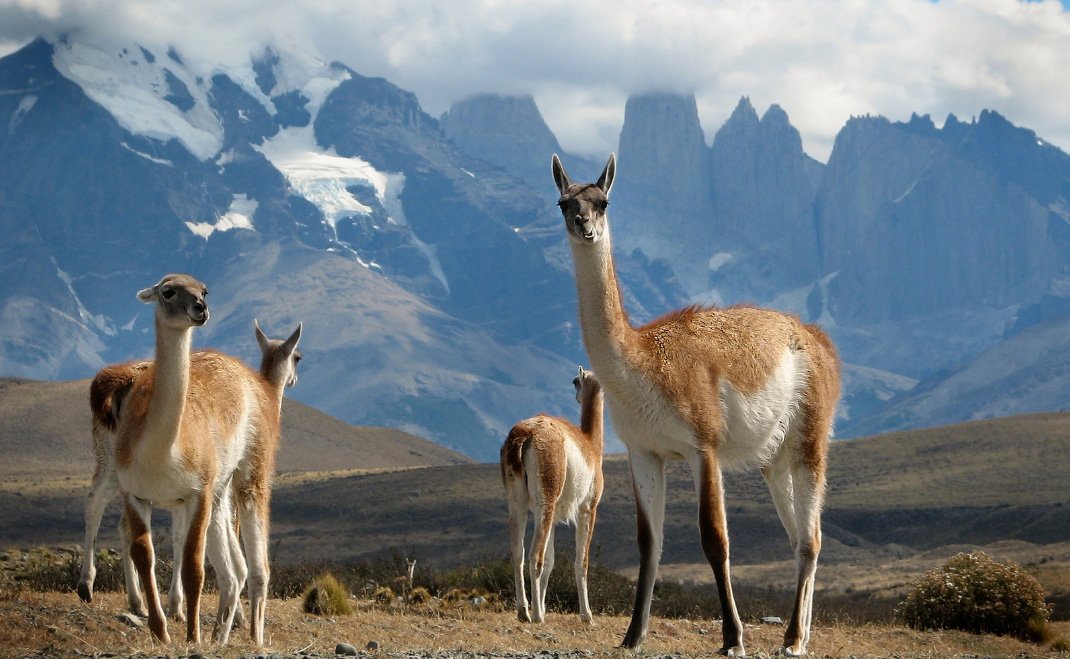 Some breeds of llama are created for aesthetic and company purposes.

Overall, they are the most popular and we can easily see pictures of llamas with earrings, clothing and accessories.

According to a recent survey by the WGSN (Trends Researcher), llamas could be the unicorns in fashion. 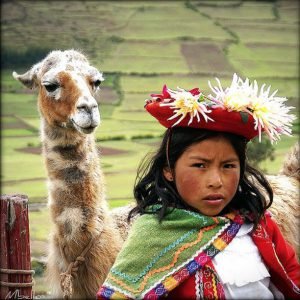 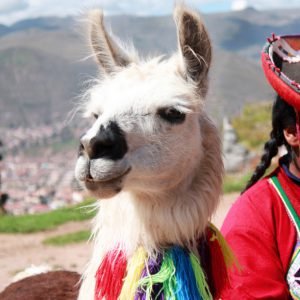 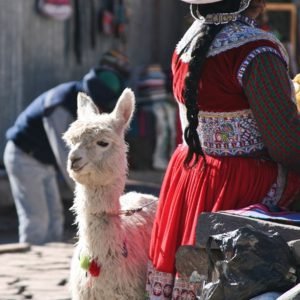 Why do we love llamas? 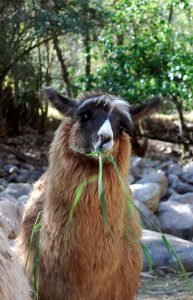 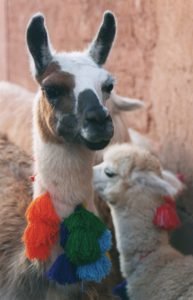 Does the image of a llama with colored accessories or chewing on a grass look nice to you?

In fact docile and quiet beings generate our affection and most of the time our sympathy.

Common feeling with children, pets in general or beings that we think are friendly.

With the llamas this sense of identification occurs. So we can see so many tourists photographing with llamas and their colorful accessories.

Adults, children, natives and tourists indulge in the sympathy of the llamas.