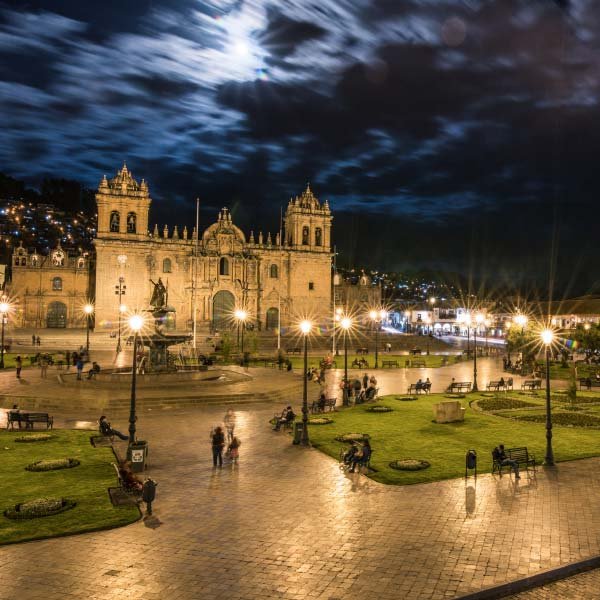 THE BEST OF PERU

The Best you can see here 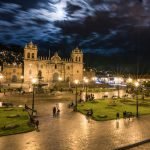 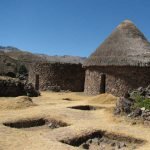 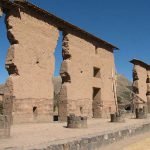 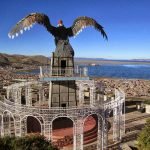 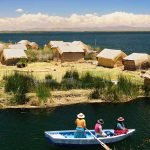 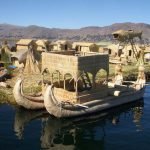 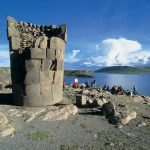 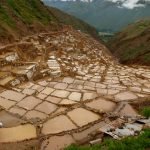 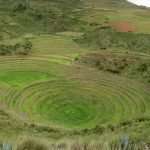 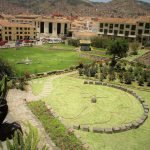 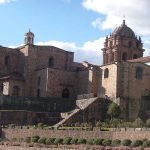 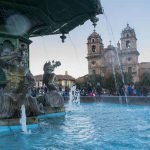 Learn about Lima in a modern and comfortable tour of the best of our city. We will make a panoramic walk along the pyramid Pucllana in Miraflores, pass by the large parque El Olivar de San Isidro, walk through the streets of the historic centre and enjoy a guided tour through the Plaza de Armas and the catacombs of the Convento de San Francisco. A full tour with the comfort and care of a modern tourist service.

You must be in the airport of Lima at least two hours before your flight leaves to Cusco,you only have to approach to the airline counter and display your ID’s to check in ,the flight to Cusco lasts 1 hr and 10 minutes, In Cusco ” The Archaeological Capital of America “, Our staff will be waiting for you to take you to the Hotel, where you will drink coca tea then you can rest for a while .around 13:30 hrs We’ll pick you up from your Hotel to start visiting the following attractives with a professional guide:

The Koricancha Palace and Convent of Santo Domingo: Religious center known as “The Temple of the Sun” where you will admire the impressive engineering used in its construction

Sacsayhuaman: Built at 3 Km. From the city of Cusco, impressive stone fortress with an excellent architecture, Famous for its huge carved stones some of which are at 9 m/ 30 feet high,with a weigh of 350 tons. Here is where the Inty Raymi or Fiesta del Sol is held in June Every year.

Qenqo: Ceremonial and ritual center, amphitheatre where sacrifices were made.

Tambomachay: At 7 Km. From the city of Cusco, ceremonial center of cult to the water, known traditionally as the place where water rests.

From 5:45 to 6:00 a.m., we pick you up from your Hotel in Cusco (3400 mosl) and drive you to the Train Station, located in Poroy, then we get aboard the train and the trip from Cusco starts heading to Aguas Calientes (2000 mosl). Our Guide Will be waiting there, he will lead us to the bus station, to go up by a zigzag way for 30 minutes to reach the world wide marvel The Sanctuary of Machupicchu, known as the lost city of the Incas. Once we get to Machu-Picchu, We’ll pass throught the control, where we’ll hand in our entrance tickets and where our guided tour will start, visiting the main square, the Circular tower, the sacred solar watch, the royal rooms, the temple of the three windows and the cementeries, it lasts around two hours. Afterwards you’ll be given enough time to have a walk around the citadel and have your meals , at any restaurant in Aguas Calientes or if you wish at Santuary Lodge (this is not included).

In the afternoon, between 3:30 pm and 5:00 pm we’ll return on train to Cusco, we’ll be waiting for you at the train station and then we’ll take you back to your hotel.

DAY 4 - TOUR TO THE SACRED VALLEY OF THE INKAS

This tour starts around 09:00 hrs., we pick you up at your Hotel, we have a guided tour to the Sacred Valley of the Incas, over the Vilcanota river, with a panoramic view of Pisac an old Inca City and a visit to the Inka market in this village, where we will have the chance to know in a closer way its people customs and get good bargains with the handycrafts and souvenirs sellers, afterwards we’ll head for Urubamba, traveling on the borders of the river Vilcanota.

We’ll have lunch at a restaurant in the Sacred Valley of the Incas. In the afternoon we visit the fortress and citadel of Ollantaytambo, built to watch the entrance to this part of the valley and protect it from the jungle habitants invasions. We’ll have the chance to walk by the narrow streets and have a clear knowledge of how this militar, religious and cultural center was during the Inca empire.

On the way back to Cusco we will stop by the colorful village of Chinchero, where we will find the ruins of the Tupac Inca Yupanqui Royal House, we will appreciate its well preserve Inca wall in the man square and you will visit the beauty Colonial Temple with invaluable portraits, built over Inca Bases. Then we return to Cusco.

After breakfast, we will take you to the bus station to start with our trip to Puno this a tour lasts around 8 hours you will have 4 guided visits, Andahuaylillas’s temple or South American Sixtine Chapel, the Inka temple of Raqchi, Buffet lunch in Sicuani,La Raya at 4335 m.a.s.l and the Inka Aymara museum of Pukara. Every visit has a duration of 20 or 40 minutes, where the passenger will be able to make questions, take photos and walk a for a while, doing our trip very pleasant .Then we wll arrive in Puno, and our staff will take you to the Hotel.

DAY 6 - TOUR TO THE TITICACA LAKE, UROS ISLAND AND TAQUILE

Early in the morning you will be picked up from your hotel by our local guide and then transferred to the harbor. We start off our boat excursion of Lake Titicaca by visiting The Uros Floating Island, a small community that has lived on these reed Islands for decades. Centuries ago the small indigenous Uros tribe conceived of the islands as a way to isolate and protect themselves from rival tribes, the Collas and the Incas. The Uros people harvested the reeds in the shallows of the lake, bundled them together tightly and built floating island platforms complete with reed houses and canoes, creating in this way their own little world. After strolling around the floating Islands, we continue our journey towards Taquile Island (2 hour aprox.), a traditional Quechua speaking community, full of ancient agricultural terraces and some ruins dating back to the pre-Inca times. The Taquile population was relatively isolated from the mainland until 1950s, and the notion of the community and family is still very strong among them. At the top of the Island, you will have free time to explore this place on your own and afterwards you will meet the group for lunch at one local restaurant. After lunch, we will descent to the harbor to take our boat back to Puno. We will be back in Puno by 17:00 h. approximately.

Breakfast in the hotel, then we’ll go to the Puno bus terminal to board the tour bus heading to Copacabana the trip takes 3 hours. In Copacabana visit the Cathedral, the Shrine of the Black Virgin and the main square. At noon typical lunch, then we will make the tour to Isla del Sol, across the lake for about an hour and a half to reach the southern part of the Isla del Sol, where we will visit the Archaeological remains of “Pillcokaina-Inca Temple”, a religious center, then a short walk through the steps of Yumani, until you reach the fountain of youth, there you can cool off with a bit of holy water, it is believed that this source is the source of eternal youth, and also enjoy the beauty of that beautiful garden of the Incas. At night we will rest in a selected hotel in Copacabana. (Photo: Isla del Sol)

Breakfast at the hotel and then take the bus to Tiahuanaco. This is one of the most important archaeological sites in America and is located 45 minutes from La Paz, near Lake Titicaca. The visitor will appreciate the monoliths, the famous Puerta del Sol and the true monolith Bennett, recently returned from the city of La Paz, after nearly 70 years and now in the new archaeological museum. Reaching a walk Tiahuanacoluego visit Akapana pyramid, temple of Kalasasayala, Puerta del Sol, monoliths Fraile and Ponce, the semi-subterranean temple with their clava heads.and its museum we appreciate their excellent work with the famous ceramic Keros (ceremonial glasses), the huaco-portraits (three-dimensional portrait of a human face in a pot) as well as textiles and especially in architectural constructions, many of which have astronomical orientation. In the afternoon return to La Paz and spend the night at the hotel. Photo: Palace Kalasasaya).

Morning breakfast at the hotel and then visit the city of La Paz returning to his typical artisan market, the colonial church of San Francisco, the famous doctor market and the Plaza Murillo where the Government Palace is , Cathedral and National Congress, Calle Jaen then where interesting museums are located, followed by open-air museum of Tiwanaku culture. Will continue with visits to residential areas Obrajes Calocoto and Florida. Finishing with a visit to the Magic Valley of the Moon. Have the afternoo free. In the evening, enjoy a show of folk dances colorful costumes. Hotel night in La Paz. (Photo: Valley of the Moon

Farewell Breakfast at hotel. At the time transfer from your hotel to the airport or bus terminal, for international or domestic.

> THE PACKAGE PER PERSON INCLUDE:

2 Transfer from the Lima airport to hotel.
1 City tour to the “City of Kings”.
2 Nights at selected hotel in Lima including breakfast (as accommodation).
3 Nights at selected hotel in Cusco including breakfast (as accommodation).
2 Night in Puno hotel includes breakfast (according to accommodation).
3 Nights at selected hotel in La Paz includes breakfast (according to accommodation).
1 Flight plane Lima – Cusco (1 hour).
1 Transfer to Cusco airport hotel.
1 Tour to Cusco City and outskirts (In the afternoon from 14:00 hrs – 18:00 hrs)
1 Tour Expedition train to Machupicchu (all day from 06:00 hrs to 20:00 hrs).
1 Tour to Sacred Valley of the Incas includes 1 breakfast (all day from 08:00 hrs to 19:00 hrs)
1 Transfer from hotel to terminal Cusco to Puno tourism.
1 Tour guide from Cusco to Puno lunch includes 1 (All day 08:00 hrs to 18:00 hrs).
1 Tour of Lake Titicaca, Uros Island, Taquile.
1 Travel by bus from Puno to Copacabana.
1 Tour of Copacabana and the Sanctuary of the Virgen Morena.
1 Travel by bus from Copacabana to La Paz.
1 Tour and transfer to Tiahuanaco Tiahuanaco Peace.
1 City tour visit to La Paz and Moon Valley.
1 Transfer from the bus terminal to the hotel or airport

There are no reviews yet.